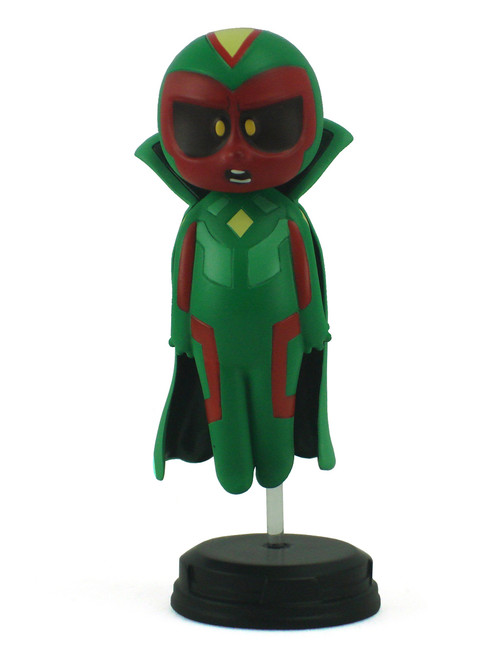 Marvel Comics Vision Avengers Limited Edition Animated Statue Statue produced by Gentle Giant from 2017. Limited to only 4000 worldwide it comes complete and ready to display with matching numbered box and Certificate of Authenticity. When Ultron created Vision to destroy Hank Pym, he had no idea that Vision would one day become an Avenger. He also had no idea that Vision would be depicted in such a delightfully way! Adorably stoic, and, seemingly, continuing on his quest to understand humans, the 5-inch tall Avengers Vision Animated Statue was digitally sculpted and carefully printed on state-of-the-art 3D Systems 3D printers. These high-resolution prints were then used in the creation of the prototypes needed to produce this amazing collectible. Designed and based on the acclaimed artwork of Skottie Young!