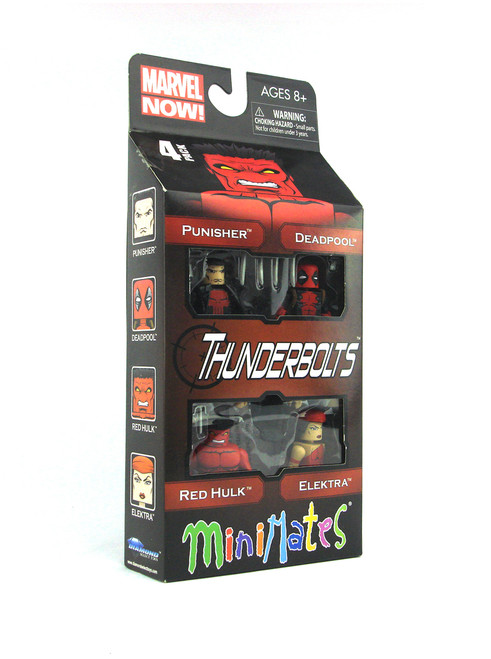 Assembled by General Thunderbolt Ross, a.k.a. the Red Hulk, the newest incarnation of the Thunderbolts may be the deadliest yet. Rather than convicted super-criminals, the new Thunderbolts are all killers-at-large, each with their own troubled history. Elektra, the assassin; The Punisher, the vigilante; Deadpool, the mercenary. Along with Agent Venom, they make for an unlikely team, but there is no army on Earth that can stand in their way once the mission is underway. Each Minimate includes a variety of interchangeable parts and accessories. Produced by Diamond Select Toys and Art Asylum in 2013.