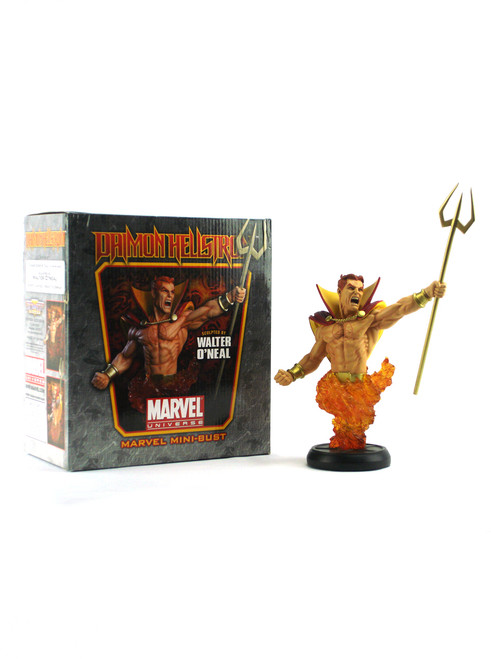 Released in 2010 and sculpted by Walter O'Neal. The Daimon Hellstrom Mini Bust had a limited edition run of only 500 worldwide. This one is numbered and also noted as a very rare Marvel Sample on the bottom of the base of only which a handful exist. The son of Satan himself, Daimon Hellstrom reigns over Hell in the Marvel Universe. Despite his parentage, Daimon has become one of the world's foremost paranormal investigators, and works alongside the Defenders and the West Coast Avengers, he has protected the Earth from threats supernatural. As sculpted by Walter O'Neal, Daimon Hellstrom rises from a sulpheral cloud as an 8" mini-bust.