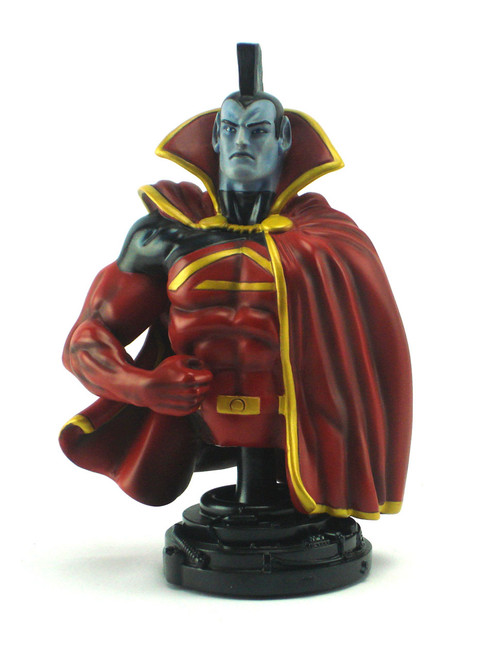 Released in 2006 and sculpted by Erick Sosa. This Gladiator is a limited edition run of only 2000 worldwide. This one is a very rare Marvel Sample of which Bowen Designs only offered a handful. Marvel's Mohawked Man of Steel-Blue Skin has stood for truth, justice and the Shi'ar way for close to three decades. Since his action-packed debut in The Uncanny X-Men 107 (October 1977), Gladiator (real name: Kallark) has made his name renowned throughout the galaxy by taking on some of Marvel's biggest names and heaviest hitters. From battle royals with The X-Men to single-handedly taking on Thor and the Fantastic Four. Gladiator has proven himself to be one cosmic combatant who will never back down from any threat or challenge.