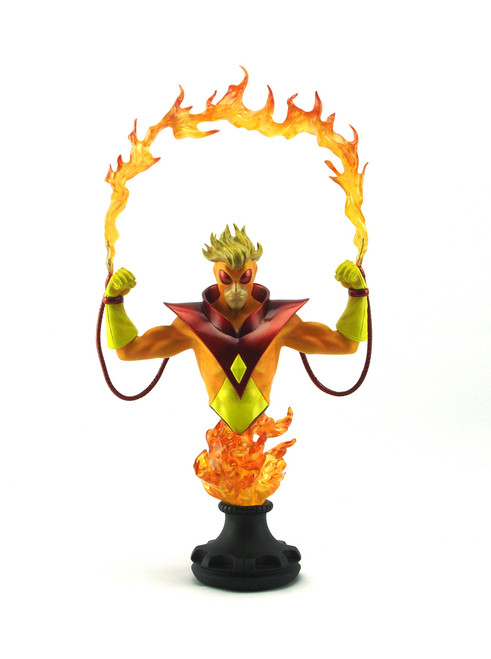 Released in 2010 and sculpted by Joseph Menna. This Pyro Mini Bust is a limited edition run of only 100 worldwide. This one is a very rare Marvel Sample of which Bowen Designs only offered a handful. When the Brotherhood of Evil Mutants needs someone to turn the heat against such teams as the X-Men and X-Force, Pyro (First appearance: Uncanny X-Men #141, Jan. 1981) is their man- or rather, mutant. Born and raised in Australia, St. John Allerdyce discovered upon reaching puberty that he possessed the amazing ability to manipulate fire. Although not able to generate fire himself - a la johnny Storm, the Human Torch-, Allerdyce found that he could cause a fire to increase in size, as well as shape it as he wished. Once a flame construct was formed, Allerdyce was able to psionically control it so that it "obeyed" his every command. These "flame creatures" had more solidity than regular fire, and could conceivably pick up an object or an opponent.