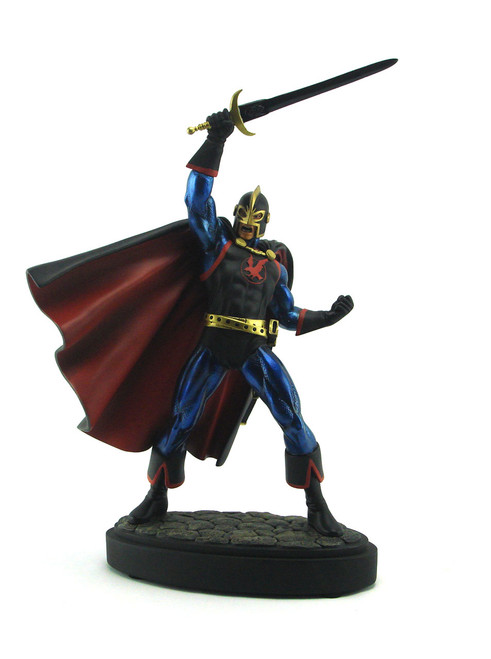 Released in 2008 and sculpted by Ulises Cantu. This Black Knight Statue is a limited edition run of only 300 worldwide, but is noted on the bottom of the base as a rare Marvel Sample. A Bowen Designs Sculpt! The nephew of Iron Man's nemesis, the Black Knight, Dane Whitman sought to redeem his family's honor by taking up the mantle of the Black Knight, but fighting for good instead of his uncle's evil! Now, the Black Knight fights alongside the Captain Britain in the new series, Captain Britain and MI-13! This 14" tall statue, sculpted by Ulises Cantu, comes painted and ready to display!