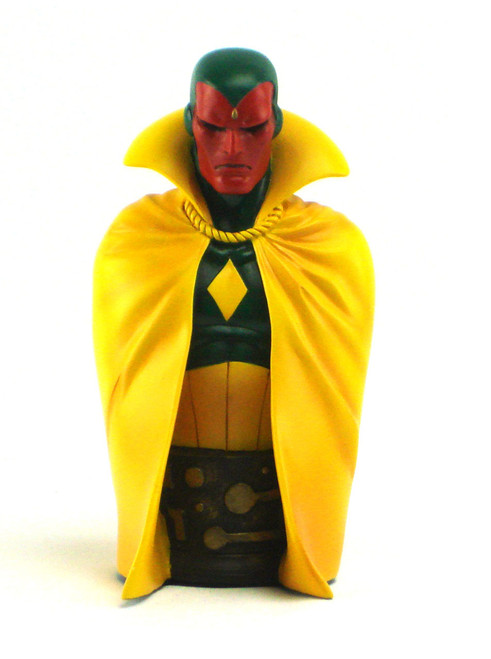 Released in 2000 and sculpted by Randy Bowen & Carl Surges. This Vision Mini Bust is a limited edition run of only 5000 worldwide. This one is an extremely rare Artist Proof of which Bowen Designs only offered a handful. The Vision first materialized into Marvel Comics in October of 1968. A synthezoid - an artificial life forms constructed of synthetic bone and tissue - the Vision was ambled with the ability to alter his body density, becoming at will as intangible as a shimmering beam of light or as solid as a diamond. Created from the remains of the original android Human Torch, by the insidious robot Ultron to destroy the world's mightiest heroes, the Avengers, the Vision resisted his programming and became an ally to the team.