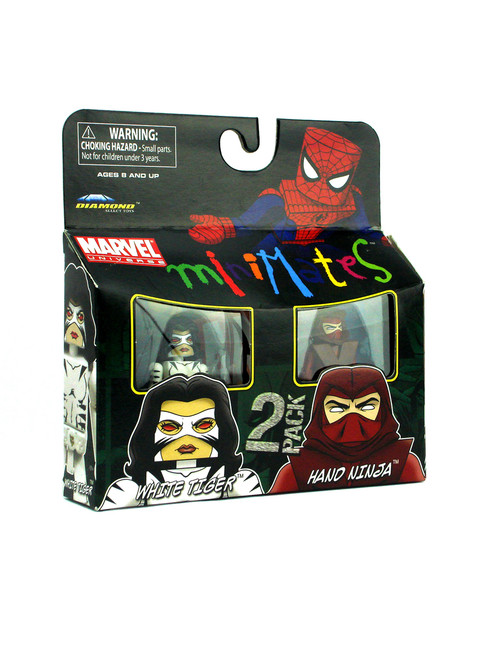 Angela Del Toro is the heir to a heroic legacy that began with the Jade Tiger, a long-lost enchanted statue from the fabled kingdom of K'un-Lun. Broken into pieces, those pieces eventually ended up in Angela's posession, granting her super-powers. The Hand is an evil order of mystical ninja warriors who are heavily involved in organzied crime and mercenary activities, including assassination. Produced by Art Asylum and Diamond Select in 2011. Featuring White Tiger & Hand Ninja from the Series 38 line of Marvel Minimates.