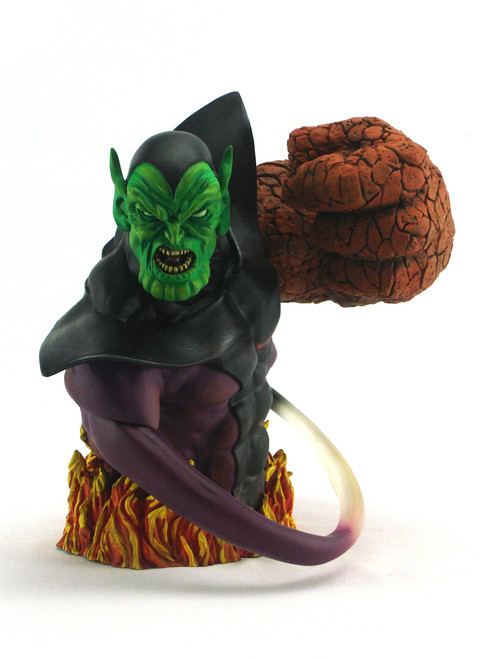 Every detail of the alien warrior has been captured here, as Kl’rt prepares to battle the FF – with their own powers! The Thing’s rocky arm, Mr. Fantastic’s elastic arm turning invisible thanks to the power of his wife, the Invisible Girl, and the Human Torch’s fiery energy burning underneath — all on display in full force as the Super Skrull snarls in anticipation of savage battle… and victory!