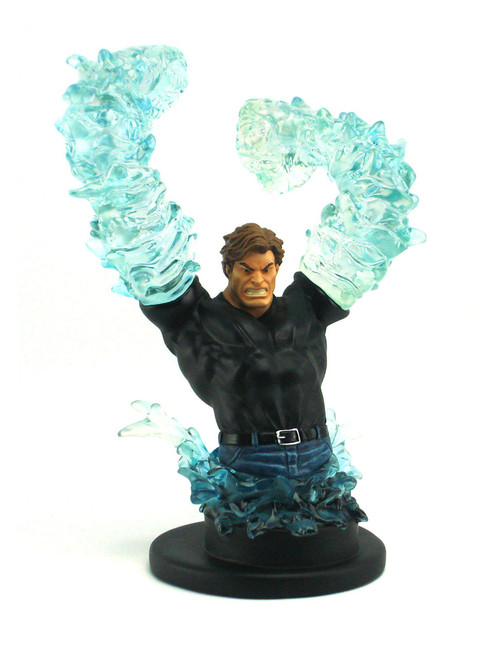 Released in 2012 and sculpted by The Kucharek Brothers. This Hydro-Man is a limited edition run of only 483 worldwide. This one is a very rare Marvel Sample of which Bowen Designs only offered a handful. One member of Marvel's resident Wall-Crawler's rogues gallery made a big splash in his very first appearance in Amazing Spider-Man #212 (January 1981): the aquatic adversary known as Hydro-Man (Real Name: Morris "Morrie" Bench). In this issue, Bench was accidentally knocked overboard from the U.S.S. Bulldog and into the ocean during a flight between Spidey and Atlantis' favorite avenging son, Namor the Sub-Mariner. This particular location of the ocean was testing grounds for an experimental generator, which exposed Bench's body not only to radiation, but to a plethora of deep sea bacteria as well, creating Spidey's watery nemesis.