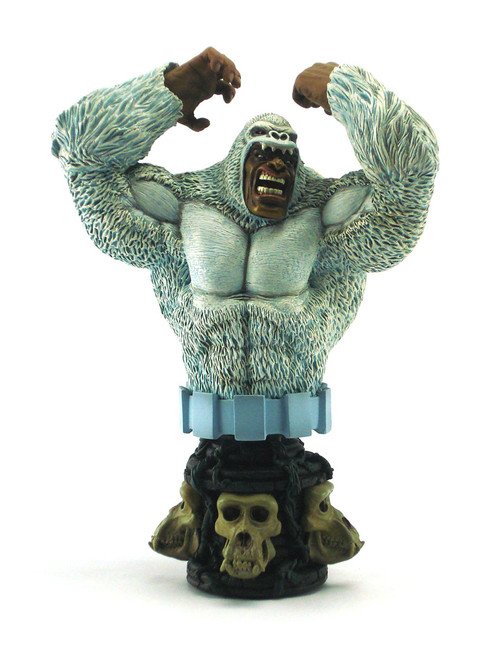 Released in 2009 and sculpted by Troy McDevitt. This Man Ape Mini Bust is a limited edition run of only 1000 worldwide. This one is a very rare Marvel Sample of which Bowen Designs only offered a handful. The Mighty Man-Ape (Real Name: M'Baku) first thumped his massive chest in The Avengers #62 (March 1969). Born in the African American nation of Wakanda, M'Baku was raised in the traditional Wakandan way of the warrior, whereupon he became their second greatest fighter. Ambition, however, fueled his character, and he surreptitiously plotted to overthrow the rule of Wakanda's beloved leader, T'Challa, The Black Panther. Joining with the cult of the White Gorilla-- an outlawed sect at odds with the cult of the Black Panther-- M'Baku embarked upon a dangerous quest in order to achieve his ends. After stalking and killing a rare and sacred white gorilla, M'Baku bathed in the creature's blood and ate its flesh, which resulted in the mystical transferal of its superhuman strength, agility, and stamina to the ruthless hunter.