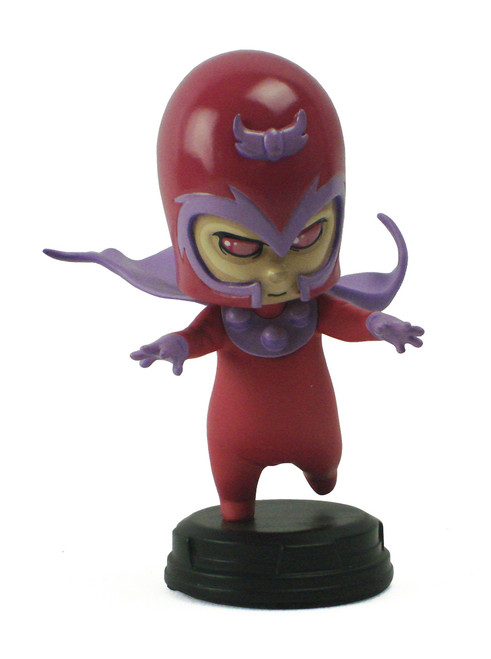 Marvel Comics Magneto X-Men Limited Edition Animated Statue Statue produced by Gentle Giant from 2017. Limited to only 3000 worldwide it comes complete and ready to display with matching numbered box and Certificate of Authenticity. He's adorably evil. Magneto, the leader of the Brotherhood of Evil Mutants! Digitally sculpted, hand cast, hand painted, and hand numbered! Magneto, the leader of the Brotherhood of Evil Mutants, wants to further the cause of Homo Superior by worming his way into Gentle Giant's Marvel Animated statue series! Hovering over his base, the arch-villain of the X-Men is the 10th statue in the popular Marvel Animated series. Magneto is presented here in his classic costume with cape and helmet. The 5-inch tall X-Men Magneto Animated Statue was digitally sculpted and carefully printed on state-of-the-art 3D Systems 3D printers. These high-resolution prints were then used in the creation of the prototypes needed to produce this amazing collectible.